“For your work to prosper, you first need to fall in love with it.”

Guglielmo Miani Sr. begins his tailoring business in Milan in 1922. Creativity and determination soon enable him to emerge and dress artists, literates, politicians and entrepreneurs. Among many of the famous customers were Buster Keaton, Charlie Chaplin, Totò, Fausto Coppi, Walter Chiari, Gino Bramieri and Giuseppe Capogrossi, just to name a few. In 1936, the company experiences an exponential growth when it starts to produce rain coats, along with tailor-made suits. During these years English trenches start to be in vogue. The name of the company is inspired to the raincoat itself. The unmistakable logo sewn onto each Larusmiani garment is the seagull, Larus in Latin, chosen for its waterproof plumage and the values ​​of freedom and independence that it embodies.

Between 1939 and 1958 Guglielmo Miani opens four Larus Boutiques in the center of Milan, among which, in 1954, the current Concept Boutique on Via MonteNapoleone. In the 50’s, textile trade starts to develop. In addition to his tailor shop, Mr. Miani begins to import fine fabrics from Great Britain, and he is the first to import to Italy the famous Vicuna, the most precious fabric in the world. Guglielmo Miani, not only was an excellent tailor and a far-sighted enterpreneur, but also a patron and a philanthropist in love with Milan; qualities in the name of which he was awarded several honors including, in 1970, the title of O.B.E, Officer of the British Empire. 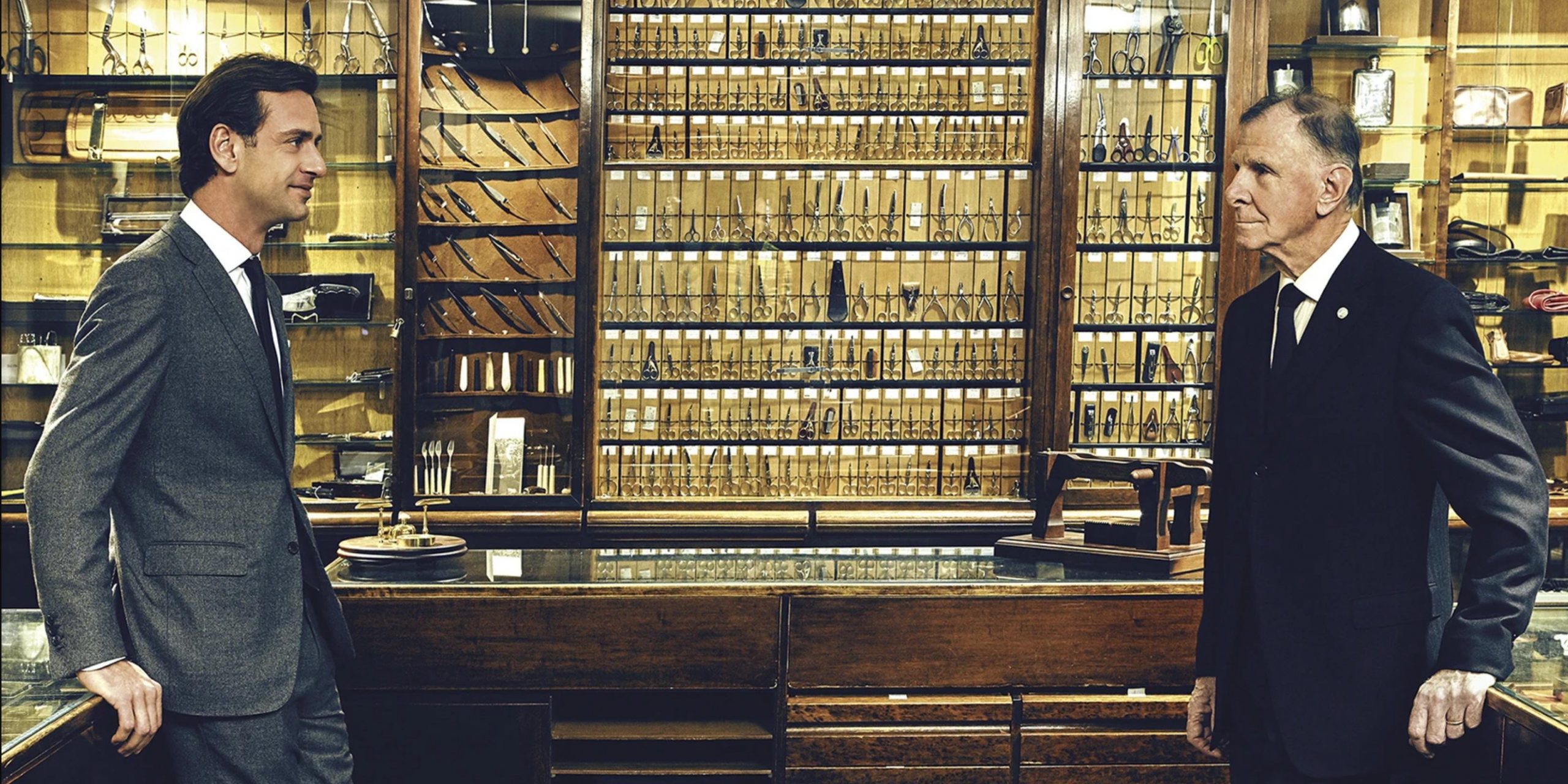 In 1973 Riccardo Miani, son of Guglielmo, becames the new managing director of the Company, which, in the meanwhile, has changed its name to Larusmiani. Riccardo succeeds in reconciling the industrial and sartorial elements of the brand. In a few years, the Company is the world’s leader in the production of high-end textile, thanks to the creation of made in Italy textile collections; more innovative than the traditional English fabrics, and capable of satisfying the needs of both Italian and French new designers. Today, Larusmiani produces and distributes worldwide more than two million meters of fabric per year. At the end of the 80’s, the new modern headquarter is inaugurated.

In 2000 Guglielmo Miani, Riccardo Miani’s son, enters the textile division, acquiring an excellent know-how. In 2006 and 2011, he respectively becames the new Larusmiani CEO, and President. With the same name and enterpreneurial attitude of his grandfather, Guglielmo immediately identifies the potential of the apparell division. In 2012, Larusmiani celebrates 90 years of experience, looking at the success of three generations which have been the guiding pillars of the Company. Today, the brand represents the real Made in Italy and safeguards the artisan traditions, always looking ahead in serch of new modern trends. 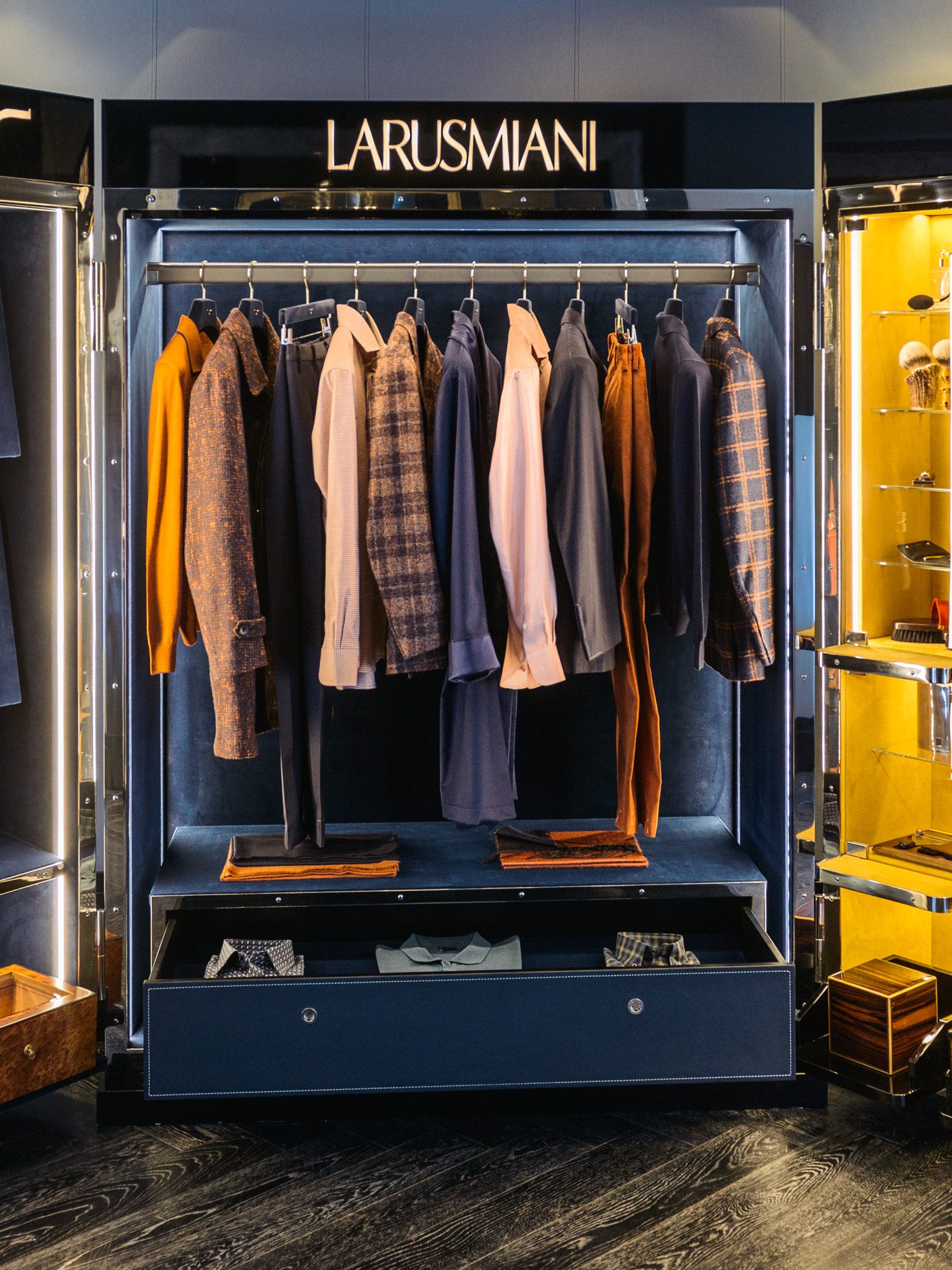 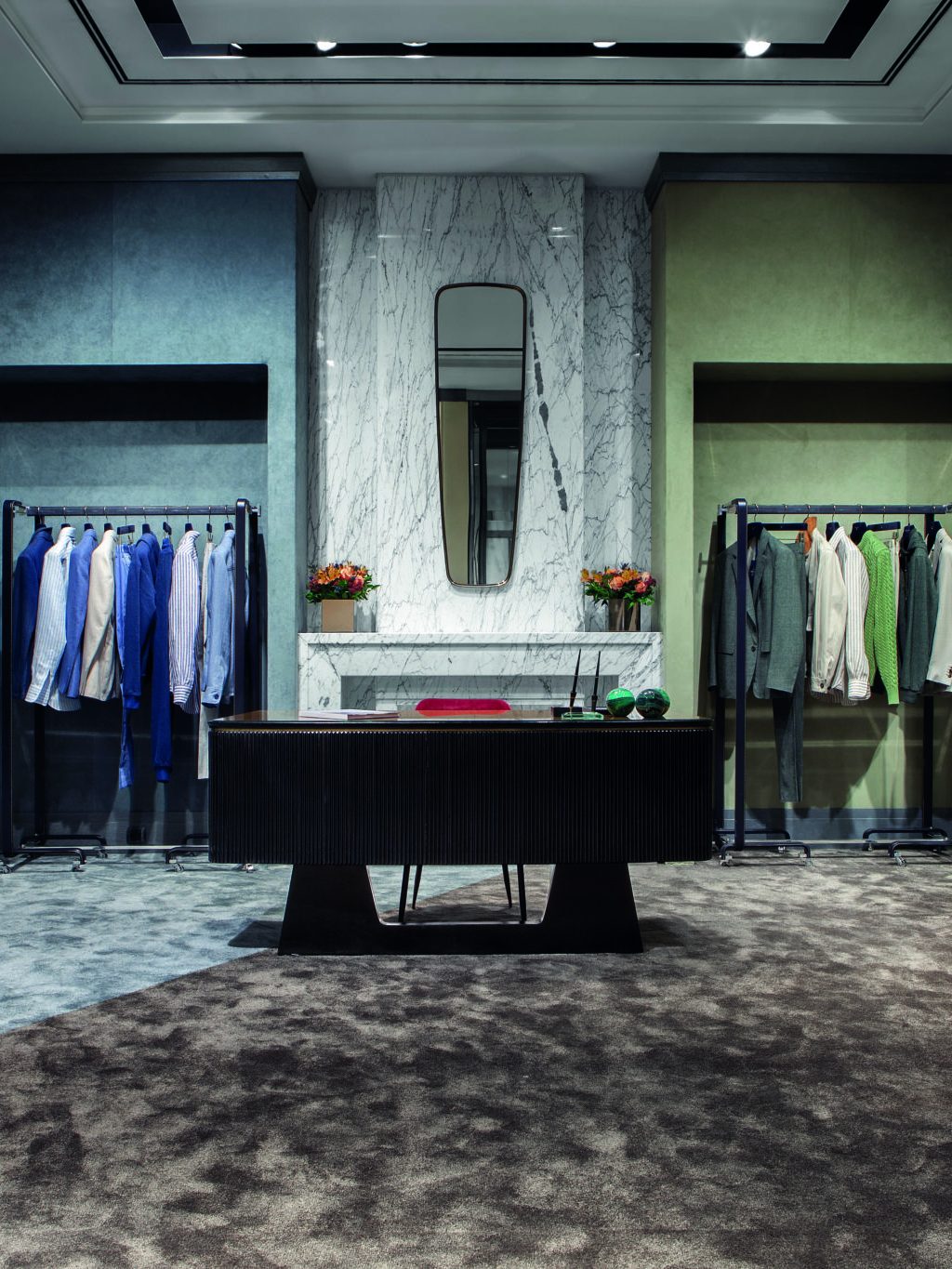 In 2015 LARUSMIANI brought Aldo Lorenzi’s know-how and collection from the legendary boutique at Via MonteNapoleone 9 to its own boutique at Via MonteNapoleone 7. The collection includes everything from knives and tableware to lighters, toiletry articles and shaving kits, and it is growing every year thanks to LARUSMIANI’s ongoing research and the craftspeople jealously guarding Aldo Lorenzi’s know-how who now work for LARUSMIANI.
Every single item is made by hand by expert craftspeople, using carefully selected natural materials to create the perfect combination of form and function, perfectly adapted to the taste for tailoring, authentic craftsmanship and attention to detail typical of LARUSMIANI. 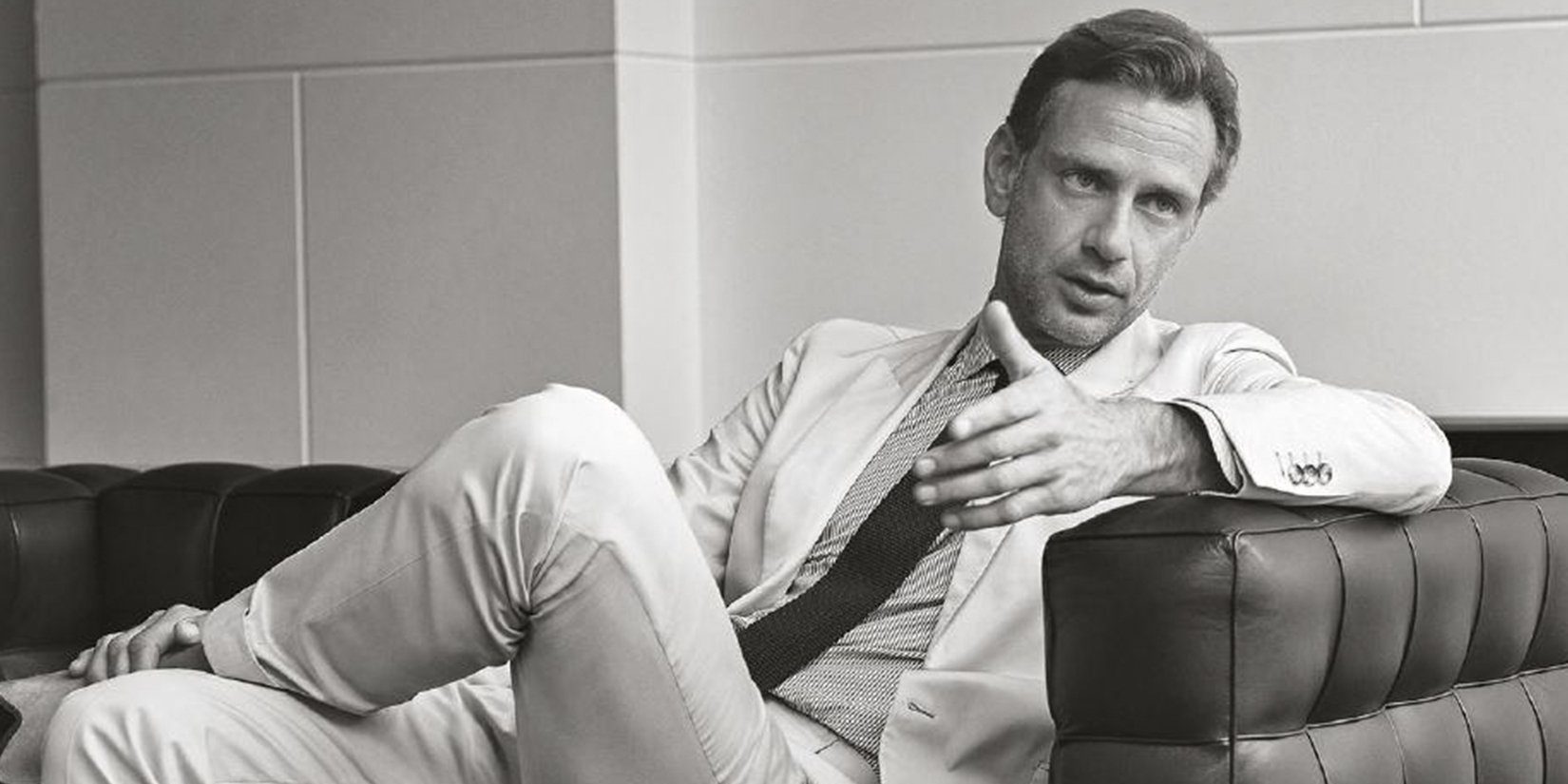 The feeling when restaurants open and things getti

Sunday boatride with @louisnicolasdarbon in this l

A lovely shoot with our favorite model & person @d

What about a charming lunch break at @villacozzano

Happy 65th birthday to the always stylish actor An

Friday in style with Lapo Elkann of @italiaindepen

What is better then a beautiful easter lunch ride